Somashekhara Nayak captured Manjeswar and Thaliparamba and built a fort at Kanhangad Hosdurga [new fort]. The other forts found in Kasaragod are constructed on the coastal region and on the route to Madikkeri. It is believed that the ‘Kotteyar’ community found in Bekal, Panayal and other places in Kasaragod were brought to this land by the Nayaks to build and defend the forts. There was a prolonged struggle between the Kolathiries and Nayaks to recapture and maintain their hold over this area. These unending battles came to an end with the rise of Haider Ali who conquered and defeated the Nayaks. Subsequently Bekal fell into the hands of Mysore Sulthans. 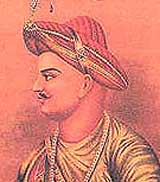 Bekal served as an important military station of Tipu Sultan when he led the great military expedition to capture Malabar. The coins and other artifacts unearthed by the archaeological excavation conducted recently at Bekal fort is a manifestation of the strong presence of the Mysore Sultans. The martyrdom of Tipu Sultan who died fighting against the British in 1799 saw the end of Mysorean control and subsequently the fort came under the English East India Company.

During the region of the Company Bekal became the headquarters of the newly organized Bekal Taluk of South Canara District in Bombay Presidency. South Canara became a part of the Madras Presidency in 1862 and Kasaragod Taluk was set up in the place of Bekal Taluk. Gradually the political and economic importance of Bekal and its port declined considerably. Kasaragod became part of Kerala with the state reorganization in 1956. Presently the protection and preservation of Bekal fort has been entrusted to the Archaeological Survey of India. 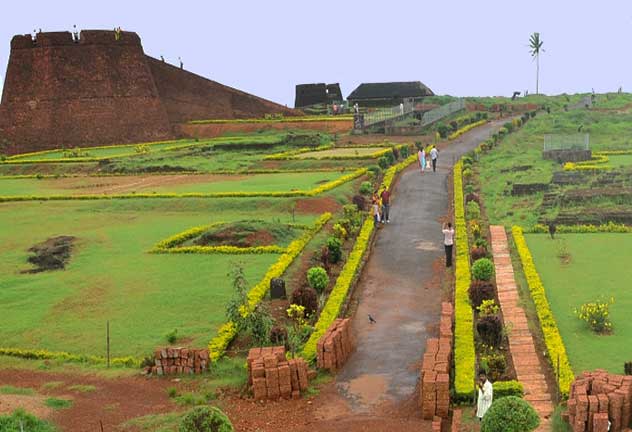 Bekal Fort Beach During the Perumal Age Bekal was a part of Mahodayapuram. The Kodavalam inscription (Pullur, 7 km from Kanhangad) of Bhasakara Ravi II (the King of Mahodayapuram) illustrate the undisputed political sway of Mahodayapuram over this region. Following the political decline of Mahodayapuram Perumals by the 12th century AD, North Kerala including Bekal, came under the sovereignty of Mushika or Kolathiri or Chirakkal Royal Family (who were a secondary royal family at that point to the Cheras, Pandyas and Cholas). The maritime importance of Bekal increased much under the Kolathiris and it became an important port town of Tulunadu and the Malabar.

It was usual in older days for every royal palace to be protected by a fort. The Bekal fort might have, therefore, existed even from early days of the Chirakkal Rajas. While writing a description of the Kolathiri Kingdom in his Kerala History, K.P. Padmanabha Menon writes: "The eldest of the male members reigned as sovereign Kolathiri. The next in succession, the heir apparent, was the Thekkelamkur. The residence assigned to him was the Vadakara fort. The third in succession was the Vadakkelamkur in charge of Vekkolath fort. This Vekkolath fort is identified by some scholars as the present Bekal."

H.A. Stuart, in his Handbook of South Canara (1985), makes this observation: "Several forts were built by the Shivappa Nayaks of Badnore between 1650 and 1670. The two forts of Bekal and Chandragiri were originally under the Kolathiri or Chirakkal Rajas until the time of Shivappa Nayaka's invasion. Perhaps, the Bednore rulers might have rebuilt and improved it."

The Battle of Talikota in 1565 led to the decline of the mighty Vijayanagara Empire and many feudatory chieftains rose in political prominence including the Keladi Nayakas (Ikkeri Nayaks). The Nayakas realized the political and economic importance of Tulunadu (which is the region comprising of modern-day Udupi and Dakshina Kannada districts along with the Northernmost part of Kasargod District ) and attacked and annexed the region. Bekal served as a nucleus in establishing the dominance of the Nayakas in Malabar. The economic importance of the port town prompted the Nayakas to fortify Bekal subsequently. Hiriya Venkatappa Nayaka initiated the construction of the fort and it was completed during the period of Shivappa Nayaka. The speedy completion of the port was aimed at the defense of the fort from overseas attack and to strengthen their attack on Malabar. Chandragiri fort near Kasargod was also constructed during this period.

Plans for bettering and increasing basic facilities will be implemented in the four panchayats where Bekal tourism project is implemented. Water supply scheme for the entire people of Pallikkara, Udma, Ajanur and Chemmanad will be implemented. A tank having the capacity of 7 billion litres will also be constructed. Total sanitation programme will be implemented in the four panchayats. As a first phase of this, latrines will be constructed and other sanitation programmes will be carried out in the coastal areas. In the first phase, programmes like waste incineration, road construction and installation of street lights will also be carried out.

A Bekal facility centre expending Rs. 35 lakhs was established in 1998 near Bekal Fort. In the facility centre there is an information centre. B.R.D.C. has programme to develop other tourist centres of the district as part of Bekal project. Two House boats have already started functioning at Valiyaparambu this year itself. Boats clubs will be established at Bekal and Chandragiri soon.