The largest and the best-preserved fort in Kerala !!! 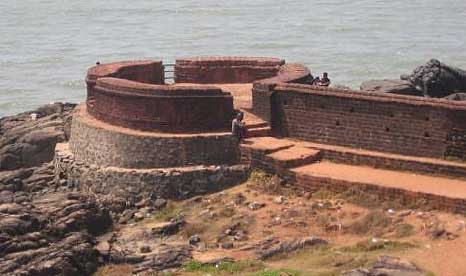 History sleeps here among the lonely battlements of the Bekal Fort, by the sea shore. Bekal fort, the largest and the best-preserved fort in Kerala, lies 16 Kms south of Kasaragod on the national highway at the northern tip of the state. The fort, a circular imposing structure of laterite rising 130 ft above sea level, stands on a 35 acre headland that runs into the Arabian sea. This fort is more than 300 years old and is believed to have been built in the 1650's by Sivappa Naik of the Ikkeri dynasty

There is also another belief that it was originally built by Kolathiri Rajas and later captured by Sivappa Naik. The fort was occupied by Hyder Ali of Mysore in 1763 A.D and then the Huzur of Canara during Tipu Sultan's reign and later by the British. During the British rule, the erstwhile Bekal taluk was part of South Canara district and encompassed the present Kasaragod and Hosdurg taluks.

The fort with its zigzag entrance, strategically designed openings on the outer walls for defense and trenches around, has no palaces inside and was probably build just for Defence purposes. The sea bastion, underground tunnels and the observation tower in the fort are impressive. The Bekal Fort has been a source of attraction for historians, tourists and nature - lovers for centuries since it embodies memories of a glorious past. Just outside the fort there is a mosque built by Tippu Sultan of Mysore. At the entrance is the Anjaneya temple, dedicated to Sree Hanuman. Said to be as old as the fort itself, the shrine was recently renovated and attracts hundreds of devotees from far and near.

In the middle of the fort is the observation tower approached by a broad and wide flight of stairs. The structure, 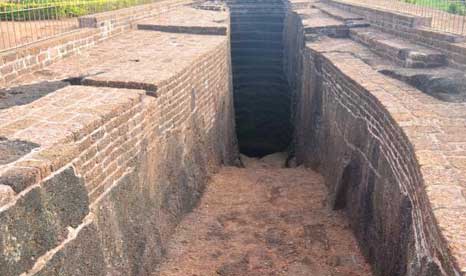 around 80 feet in circumference at the base and more than 30 feet high, affords a magnificent view of the sea on three sides and the green landscape to the east. There are many underground passages leading outside from various parts of the Fort. Two of them still remains intact, one leading to the south of the fort and the other to the moat on the east. The magazine inside the fort closed to the public, is used to store weapons and ammunition and managed by the Archaeological Survey of India. The sea bastion located on the rocky projection, west of the fort also offers a magnificent view of the sea and the beach.

There is a sea side pathway with a magnificent view of the fort to the east and the sea to the west linking the beaches north and south of the battlement. The Pallikere beach with its shallow waters is just a km. away from the fort.